The Podere Gelisi Antonio is a small family-run enterprise located in San Quirino, in the very heart of the Friuli Grave vine growing area, extending over 30 hectares. This area lies at 112 meters high, close to the pre-Alpine range. The territory is characterized by a particularly original landscape; a wide expanse created by the alluvial flooding of the Meduna and Cellina rivers, which, throughout the millenniums, deposited enormous quantities of calcareous-dolomitic material, dragged from the mountains by the relentless attacks of the water. It was founded way back in 1961 by the Gelisi’s, a family of Istrian origin.

The first lot was bottled in 1988. Through the years, the cellar was built and extended and was equipped with the most sophisticated machinery for the production and preservation of wines. Almost all the production gets sold directly to hotels, restaurant and private citizens both in Italy and abroad, in as many as twenty countries: the most important markets, apart from the national one, are the German, Austrian, Dutch, USA and Greek markets. 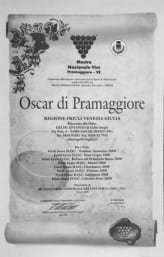